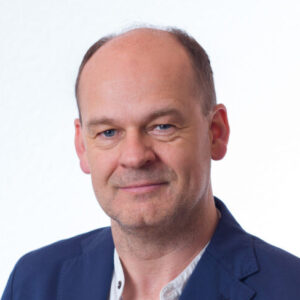 SpaceX, founded by serial entrepreneur Elon Musk, became the first privately funded group to put a payload in Earth orbit, in 2008. Since then, the company has continued to impress. Launching unmanned and manned cargo vehicles to the International Space Station (ISS) and winning a contract from NASA to fly astronauts as well, as early as 2017. In December 2020, for the first time in history, a rocket was lauched which later landed upright, setting itself down under the power of its own engines.

Dormakaba on the other hand is one of the top three companies for access control and security solutions in the global market. They provide everything you need for secure access to buildings and rooms. This with over 150 years‘ experience and millions of products installed worldwide.

The traditional project set-up does not cope well with multiple iterations. Changes at the end of the project are most often costly and problematic. With a set-based design, specifications are kept flexible. This enables the team to evaluate multiple solution designs during the course of the project. Over time, the final design will emerge from a set of solution designs, created with e.g, rapid prototyping, 3D printing and/or extensive computer models and simulations. Because there is no «End of Design» Milestone in the Agile Framework, teams are not forced into one specific solution design too soon. This flexibility allows them to have a continuous solution design method, permitting changes throughout development.

The SpaceX rocket development is a perfect example of set-based design. SpaceX has astounded the world by its rapid pace, but also by its failures (read: learning moments!). SpaceX deployed new rocket models in a very rapid pace. They were trying out different solutions for e.g. re-entry and landing the rockets on floating platforms. The designs evolved based on the fast feedback from actual flights.

There are a few important differences compared to the traditional approach followed by the NASA Space Agency. NASA worked with lengthy specification, build, intregration and test phases. Extensive testing was undertake to ensure the solutions created matched the highest safety standards. So nothing would go wrong that could cost human lives. On the downside, this approach was very time-consuming. SpaceX on the other hand has no qualms with things going wrong. As long as they can collect enough test data for future improvements and no one gets hurt in the process.