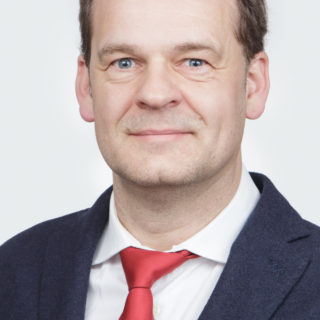 In one of my assignments as an Agile Coach/Scrum Master we changed the way of work in our Sprint Planning. In this blog I would like to share this experience with you.

In Scrum, it is a common practice for the Development Team to plan all tasks for the coming Sprint during the Sprint Planning Meeting. Mostly this is done during the second part of the Sprint Planning Meeting with the Development Team and optionally the Scrum Master. All Team Members collaborate on the Sprint Backlog to break down the user stories in tasks. In bigger Scrum teams (8 or 9 members) this can lead to a slow-moving meeting since the whole team is involved in discussing the details of each User Story.

To add a little dynamics and efficiency to this meeting, I asked the Team to form two groups. The first group would concentrate on the first half of the Sprint Backlog and the second group on the second half. The two groups formed itself on the basis of the Sprint content. Alternatively, the groups could take the even and odd elements from the Sprint Backlog to ensure that the high priority items are distributed over both teams.
Each of the groups worked through the Sprint Backlog, taking one User Story at a time. The User Story was discussed and then split in multiple tasks. The tasks were briefly estimated (in hours) and a short check was performed to ensure that the sum of the task effort was not exceeding the estimate on the User Story itself.

When both groups were finished, the first group presented the planning results to the second group. The second group challenged the tasks and the estimates. After this first round the second group would present its planning results to the first group.
Discussions were very fruitful and were moderated by me, the Scrum Master.
In the discussions the Development Team found missing test tasks, forgotten interface changes, documentation, etc. Moreover, the estimations were challenged making sure the numbers were not inflated or underestimated.

Right after the groups presented the results, the Development Team finalized the Sprint Planning including all remarks and changes. This wrap-up usually took only a few minutes.

This method has been used for over 20 Sprints to full satisfaction of the Team. As a result, the Sprint Planning Meeting is more dynamic, discussions take place and hence increased in value. The Sprint itself showed an increased predictability and a lower risk. And last but not least: an increased confidence in the Development Team!

As a SwissQ Agile Coach I am always looking for new approaches and innovative improvements by thinking out of the box. After all, agile methods are just means to an end!

Interested in our Agile Coaches? Drop us a line at info@swissq.it.

One thought on “The Sprint Planning Review Method”